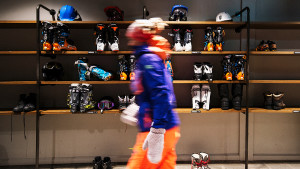 Home
14 tips before travelling to Svalbard

14 tips before travelling to Svalbard

What is the dark season, and why are people wearing slippers? Where is the best restaurant, and what should you have in your bag? Here are 14 great tips for your trip!

Longyearbyen is a mecca for great food and drinks, and considering the number of inhabitants, you may be quite positively surprised by the number of great eateries. Why not try the delicious social dining ‘sharing’ meals at Funktionærmessen Restaurant? Here you can order generous portions which can be shared by many, so you can taste a bit of everything. Or perhaps a juicy hamburger at Coal Miners’ Bar & Grill, to help you get build up your energy for the next action-packed day in the wilderness. Maybe you would like to start your evening with a bit of cocktail artistry at Funken Bar? Or stop by Rabalder for a couple of cinnamon buns, so that you can whip them out to celebrate the most amazing northern lights display together with a friend.

When it comes to clothing we have to important tips: 1) Wool is cool! 2) Layer by layer! In January the average temperature is -16 degrees, and it is important to dress really warmly for the activities you are planning on joining. The layer by layer principal is also great on snowcat tours, so you can easily keep a comfortable temperature as you go in and out of the heated snowcat. On snowmobile tours it is important with wool against your skin, followed by thicker layers, so that you will stay warm when you turn the motor off, lay down in the snow and look up for the northern lights. If you are missing a piece or two, don’t worry! Our sports shop Longyear 78 as everything you might need at great tax-free prices, with a large selection of high quality options.

Most of our year is under either the midnight sun or the dark season, and in the amazing polar night, you can enjoy the northern lights both day and night. From November 13 to January 30 the sun is more than 6° under the horizon, a phenomenon known as the polar night. It is as dark as night all day long, but this mystical darkness is interrupted by the aurora, moonshine and the twinkling stars in the sky - a unique thing to experience!

4. What is the northern light?

Aurora polaris (the polar dawn in English) is a physical phenomenon which occurs when the solar wind is stronger than usual. Electrically charged particles create light when they collide with gas atoms in the Earth’s atmosphere. The polar light is formed 80 to 500 kilometres above sea level, and the phenomenon occurs in the night sky, in an oval around the poles. The polar light appears as a wave-like light that varies in sharp, colour and strength, from dark blu, green and yellow to red and orange. In the northern hemisphere the light is called the Aurora Borealis or the northern lights, Aurora Australis or southern lights. The northern lights can be quite spellbinding!

5. What is up with all the slippers?

On Svalbard, several restaurants, hotels and offices expect that people will take off their shoes at the entrance, and go in wearing just their socks or slippers. Why? Well back in the day it was a tradition here to take your shoes off before entering a building, to avoid spreading coal dust everywhere. This tradition is still followed, so at most hotels, museums and workplaces it is normal to take your shoes off. Some places have house slippers or Crocs for loan - or you can take your own.

Polar bears are one of the most exotic - and dangerous - things on Svalbard, and due to them travelling around Svalbard is a little different to what you might be used to on Lofoten or Gran Canaria. Seeing a polar bear is often high up on the wish list for many visitors, but - and it's probably just as well to put this out there - many people do not see them. It is nearly impossible to see a polar bear on a northern lights activity, since it is completely dark, and the areas which we visit for the best chance of northern lights are not necessarily places with a high density of polar bears. However, polar bears can wander around and turn up just about anywhere, even in Longyearbyen, so your guide will always have weapons and flares, so you can feel 100% safe if a polar should choose to take a wander out and look for the northern lights too.

7. How will my phone survive?

It is a truth universally acknowledged, that unless you have a mobile from last century, they generally don’t tackle the cold very well. Of course, in this century our phones are often the go to item for taking snaps and sharing all the amazing things you are up to on Svalbard. The best way to keep your phone alive is to keep it warm. Tip? Buy a heat pack from Longyear 78, and keep it close to your phone while you are on a trip. PS: If you do run out of battery, you can really experience the ‘Arctic silence’ (see point 8). Not such a bad idea that either.

The Polar Night on Svalbard is an amazing phenomenon. Not just complete darkness, it can also be completely silent here. When you get a few kilometres between you and Longyearbyen, there is nothing to disturb you. There is no underground, no ring roads, to traffic jams or road rage. No baby crying, no boss to bother you, and your mobile phone has been out of battery for ages (see point 7). There is not a sound - and it is completely fabulous. Enjoy every second. The real world is waiting for you back home!

Svalbard boasts a range of exciting activities throughout the whole year, and the northern lights season is no exception. Whether you want to join a snowcat on the hunt for the northern lights, head into the wilderness on a dog sled or join a beer tasting at Svalbard Bryggeri (that’s the brewery in English), you will find a fully packed activity program with something perfect for you. Read all about our northern lights activities here, and make a booking on info@hurtigrutensvalbard.com.

Total darkness means that you, as a pedestrian, are not particularly easy to spot. Do yourself (and those driving the cars) a favour, and use heaps of reflective gear. Why not set up a little competition with your travelling friends - who can be seen in the dark? It is also a very good idea to have a headlamp too, as electricity blackouts are not uncommon, and they are very, very dark.

11. Take care of the vulnerable nature

During the summer of 2018, Hurtigruten Svalbard took some important steps forward in regard to plastic waste, and banned all single use plastics throughout the company. This means that on your trip with us, you won’t find a straw in your drink at Funken Bar, and you will get a knob of butter instead of one of those tiny plastic packets with your bread at Rabalder. This will save the environment from massive amounts of single use plastic every single year. Thank you in advance for helping us to keep the high environmental standards we set for ourselves. If you see an opportunity for improvement, don’t hesitate to let us know. If you are out on a trip with us, be sure to make you footprint as small as possible, so that we can work together to take care of the ocean and our planet.

One of the very best ways to get to know Longyearbyen and Svalbard’s rich and random history is to go to Svalbard Museum. From the time of the dinosaurs, to trappers from Russia, to the time Longyearbyen was a company town - the exhibition is very exciting for both adults and kids. Would you dare to crawl through the mine? Which of you wants to find your inner paleontologist and find the spitrasaurus under the stones?

13. Window seat, and talk to your neighbour!

When you board the flight in Oslo or Tromsø you will quickly realise that Longyearbyen is not like other destinations. Some of the passengers are looking forward to coming home to our Arctic paradise after hectic days in the big city, others are on their honeymoon, and someone is about to head off on a long and arduous expedition in the wilderness. You can hear some very special stories if you have a chat with the passengers around you. Oh - don’t forget to book a window seat! Flying over Svalbard is just magic, with glaciers and soaring peaks which reach up from the sea. Our personal favourite is the right hand side (seat F). When you land, remember to take a photo with the iconic polar bear sign outside the terminal.

As we mentioned in points 1 and 9, you will find a great selection of tempting dining options and exciting activities in Longyearbyen. Many of these have limited places, and to avoid disappointment, we recommend that you book your meals and activities in advance. That way you will ensure that you get to go on the snowcat safari on the day of the full moon, or ensure that you have the best table in the restaurant.

Don’t miss out on our great offers and news from Svalbard.